Naturally, COVID-19 and the resultant switch towards online learning for children across the UK left many parents, teachers and healthcare professionals curious, if not worried, about the effects of increased screen time for young people. This concern has been around for many years. 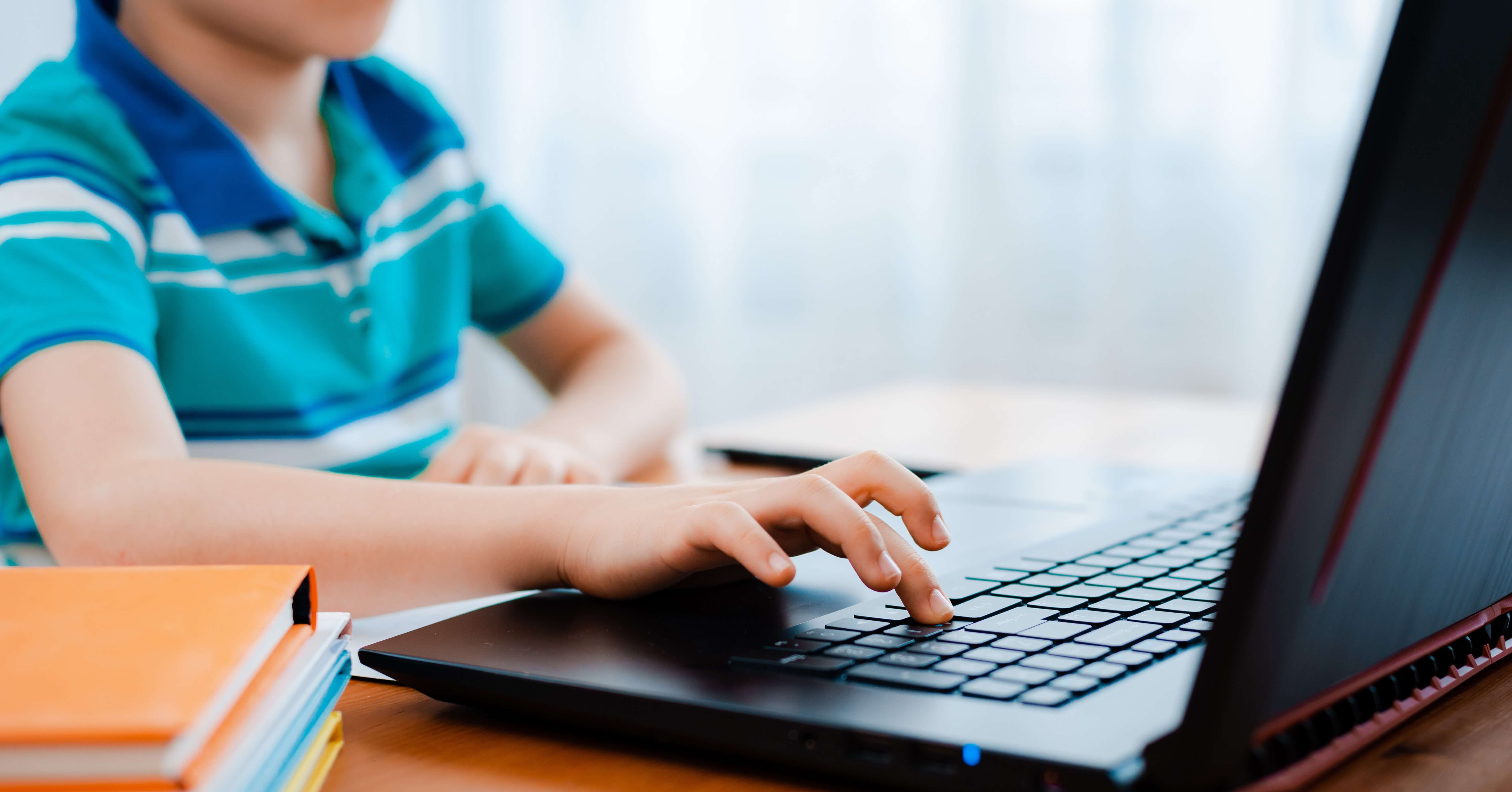 In more normal circumstances, screen time was a recreational activity, reserved for the times before and after school hours. According to the NHS, children in the UK aged 5-16 spend an average of 6.3 hours in front of a screen every day. This is split into:

While there isn't a direct causal link, it’s also been found that those with higher screen time levels are more likely to participate in antisocial behaviour or be a current smoker. This isn't to say increased screen time will lead to these, but the data does correlate and therefore does provide an idea of the potential negative effects of increased screen time.

So how has lockdown affected pupil screen time over the last year?

Over 2020 and 2021, millions of children found themselves logging on to online learning platforms. While direct data for how much time was spent learning online is rare, there has been a threefold increase in the levels of shortsightedness in six to eight-year-olds in 2020, with 50% of students stating they believe increased screen time has had an effect on their eyesight (according to Fight for Sight).  In January 2021, website and app usage was up 100% across the UK. Similarly, 50% of students believe their eyesight has been affected by screen time use.

While these recordings have been linked clinically, there are concerns. It’s also plain to see that the move towards home learning and the fact that the UK’s internet use has surged to record levels has invariably meant that pupils will have spent more time than desired online.

Similarly, there is unease that online learning is too passive to actively engage pupils. To counter this, many schools and education bodies have put an emphasis on interactive learning, through video conferencing with teachers, having classes taught the same as they would be at school. This, however, has highlighted the disparity of technological accessibility. Unfortunately, not all children had laptops or WiFi access.

While the move towards online learning created many concerns and considerations, the question of screen time was almost completely absent in favour of ensuring that children were still able to learn. This makes sense, as the focus for teachers and parents has always been around providing education - no matter the circumstance.

So, screen time can be seen as both a positive and a negative. In terms of the positives, having access to online learning and video calls has enabled children to:

However, now the effects of the COVID-19 pandemic have been felt for over a year, attention is rightly turning to the effects of increased screen time.

Increased screen time has always been seen as a negative when considering the health of children. Some studies have shown causal links between poor eye health and increased screen time. Others have noted the over-use of technology can cause obstacles within emotional development.

In the ‘Screen times and problem behaviors in children’ study by Guerrero, Barns, Chaput, and Tremblay, it was found there was a link between behavioural issues and more than two hours spent on screen-based activities.

The limited facts and figures point us in different directions. Some studies show increased screen time is linked to aggression, depression, anxiety and sleep problems. Others have declared there’s little evidence to say screen time is harmful in itself.

In a report submitted to the BMJ Open Medical Journal, it stated:

There was no or insufficient evidence for an association of screentime with eating disorders or suicidal ideation, individual cardiovascular risk factors, asthma prevalence or pain. Evidence for threshold effects was weak. We found weak evidence that small amounts of daily screen use is not harmful and may have some benefits.

Due to the contentious nature of evidence regarding screen time, there are no authoritative recommendations for time allocation. While parents may worry, many of the benefits seem to directly balance the risks.

The Royal College of Paediatrics and Child Health (RCPCH) recently released guidance on screen time for under 18s. It set no time limits because of a lack of evidence regarding the supposed harmful effects of screen time. However, it did advise families and teaching professionals to use the following questions to determine how much time is too much:

Dr Max Davie, Officer for Health Promotion for the RCPCH, said parents believed there was something “indefinable wrong” about screen time through computers and laptops.

“We want to cut through that and say 'actually if you're doing OK and you've answered these questions of yourselves and you're happy, get on and live your life and stop worrying',” said Davie. The stance many healthcare professionals have taken is screen time is more than likely a symptom, rather than a cause, of other issues.

What Can Teachers Do?

While the jury is still out on whether screen time is a harm or a hindrance, history teaches us that you should err on the side of caution. For teachers, there isn't much they can do to limit screen time in the home, as it's a parent’s responsibility. The classroom is an area of direct control.

While in school, teachers can make sure students work collaboratively face-to-face. If working online, this can be mirrored through video conferencing to increase the normality of distanced learning and hopefully negate any negative effects of screen time. If online studying is carried out holistically, it may have the desired effect of being just as interactive and engaging as normal study.

Similarly, students can still use their notebooks while studying online. Teachers can set time periods where students don't need to use online resources and instead pursue reading or other activities.

Furthermore, teachers are in the most strategic position to teach children the best practices regarding technology use. This could be a potential focus for future curriculums that may find themselves using more and more technology, meaning considerations for screen time and technology use should be included.

Teachers will also need to communicate their choices to parents who can effectively emulate them within the home, whether during online study or outside of school hours.

With the immense changes felt in providing education, the state of learning in the future is still very much up for debate. While schools have re-opened and continue to adapt to changes in COVID legislation, the education sector is also looking at how to balance remote and physical learning. We may see that screen time dips to pre-pandemic levels.

The key considerations for schools is how to ensure that students are learning in the healthiest environments, even if laptop/computer use becomes a more prevalent learning standard. Schools are also looking at:

In the eyes of many, this shift will be permanent. Hannah Owens, of the Nesta innovation foundation, said “It’s likely, and optimal, that we’ll move to blended models, where remote and digital platforms support in-person classroom teaching, and contribute to minimising teacher workload.”

So what will be the effect on the use of screen time? Well, if blended learning is to be a permanent fixture in curriculum design, then hours spent on devices will increase. However, the data suggests no direct correlation between increases in screen time and pupil health. This isn’t to say that schools should continue regardless, rather, they should put assessments in place to ensure that health and safety are similarly considered during learning hours.

These assessments could look into how remote or blended learning is affecting attainment, or whether increases in screen time influence the prevalence of behavioural issues. As an evolving field of study, school leaders and teachers should be mindful to engage with peers and academia to share learnings on screen time policies. With pressure from government on schools to ban smartphones to tackle behavioural and safeguarding concerns, this will no doubt spur more research and  discussion as to the place of unbridled screen use in education.